With all the changes for more acceptance of same-sex marriage, I am always surprised when confronted with lesbian/gay/bisexual/transgendered/questioning prejudice.  Sometimes it comes from unexpected sources and others times from exactly where you expect.  I do not hide my life from anyone and refuse to feel belittled by those who try to demean me for who I am.  I have a strong sense of self and it serves me well.

22 years ago today Natalie and I had a commitment ceremony surrounded by over 50 of our friends and family.  It is the closest thing to a wedding we could have at the time.  If Natalie and I could, we would have been married right out of college. Finally, just over three years ago we were married in the state of Iowa.  Our marriage license is good in 19 states, the District of Columbia, and with the Federal Government, but not the state in which I reside.  You have heard me lament this before and I will probably lament it again.

Today a co-worker bragged, after he had openly flirted with a female co-worker, that he had been married for 37 years.  I said I had lived with my spouse for almost 30 years, but we had finally got married three years ago.  He told me it doesn't count until you are married.  At this point I said, well we would have been married sooner had the law allowed it.  He gave me a dismissive look and dropped the subject immediately.  His disdain apparent through the rest of our interaction.

I do not care what his opinion is of me or even his disdain of my marriage, but it made me angry to realize discrimination of same-sex couples has robbed me of my co-worker's bragging rights.  I burn at the injustice to me and to other same-sex couples.  We have made the commitment and done the work, but we don't get to account for all the years of our accomplishment.  Just like same-sex families have been robbed of the title of family, parent, or widow.  Discrimination takes those honors and saves them for only the select few who feel they deserve those roles.

I am still angry about what happened today.  In many ways it tarnishes how I feel about my job.  To some regardless of how many times Natalie and I stand up and proclaim ourselves as a unit, they will refuse to accept our marriage.  One day it will be the law of the land and they can still choose to reject our union, but I will hold up my marriage license, look them in the eye, and say, "FUCK YOU!"
Posted by Tempest ina Pot of Tea at 10:21 PM No comments: 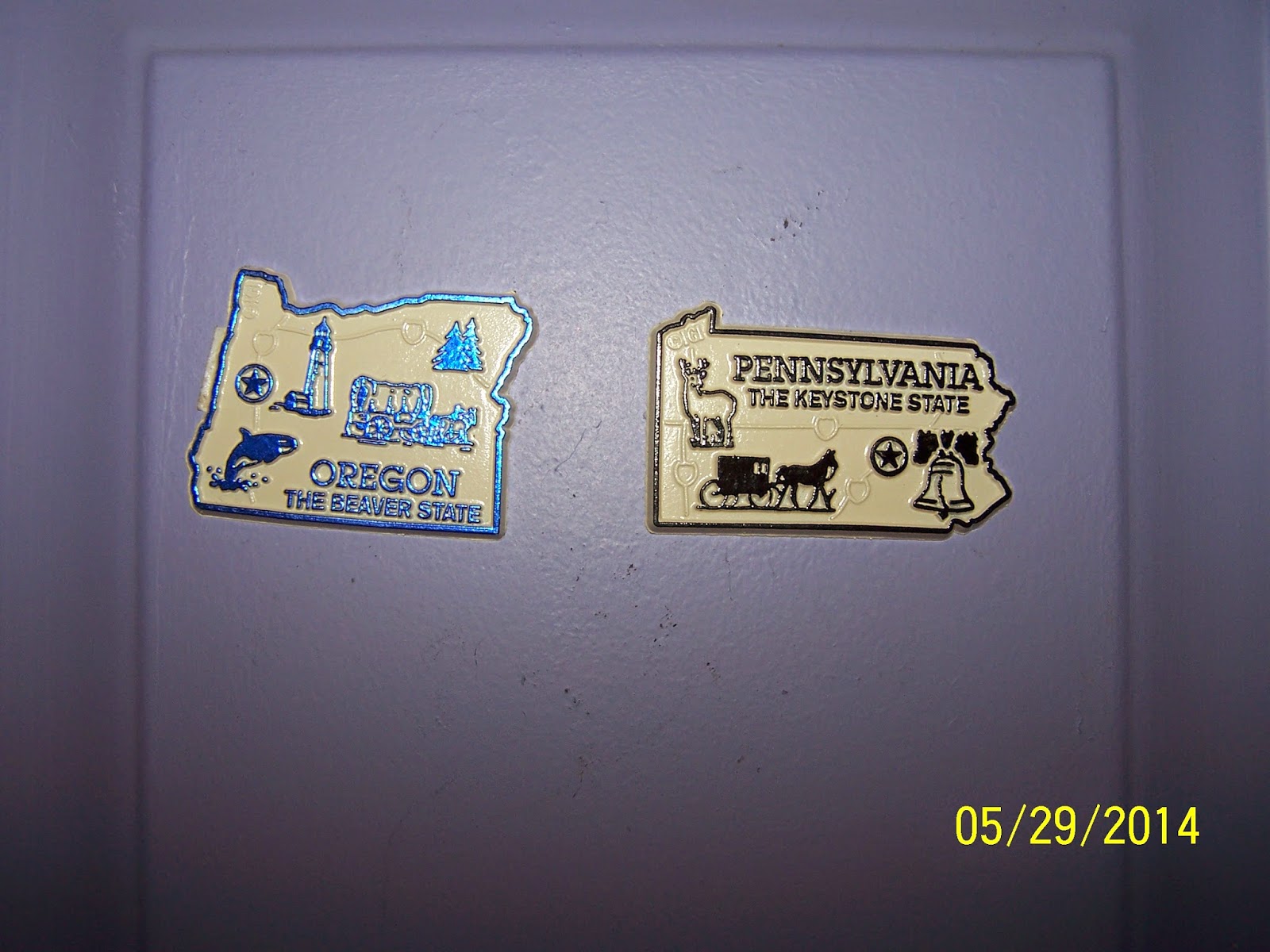 Sorry to be a little late on this congratulatory blog post, but I have been busy with another project.  I will blog about that later.  However, I did get excited when I heard about Pennsylvania and immediately called my wife to tell her we are now married in 19 states and the District of Columbia.  The great states of Pennsylvania and Oregon are recognizing same-sex marriage.  No stays and even conservatives in those states have thrown in the towel on stopping this juggernaut of justice.  The statistics and pundits agree it is only a matter of time until marriage equality is the law of the land. 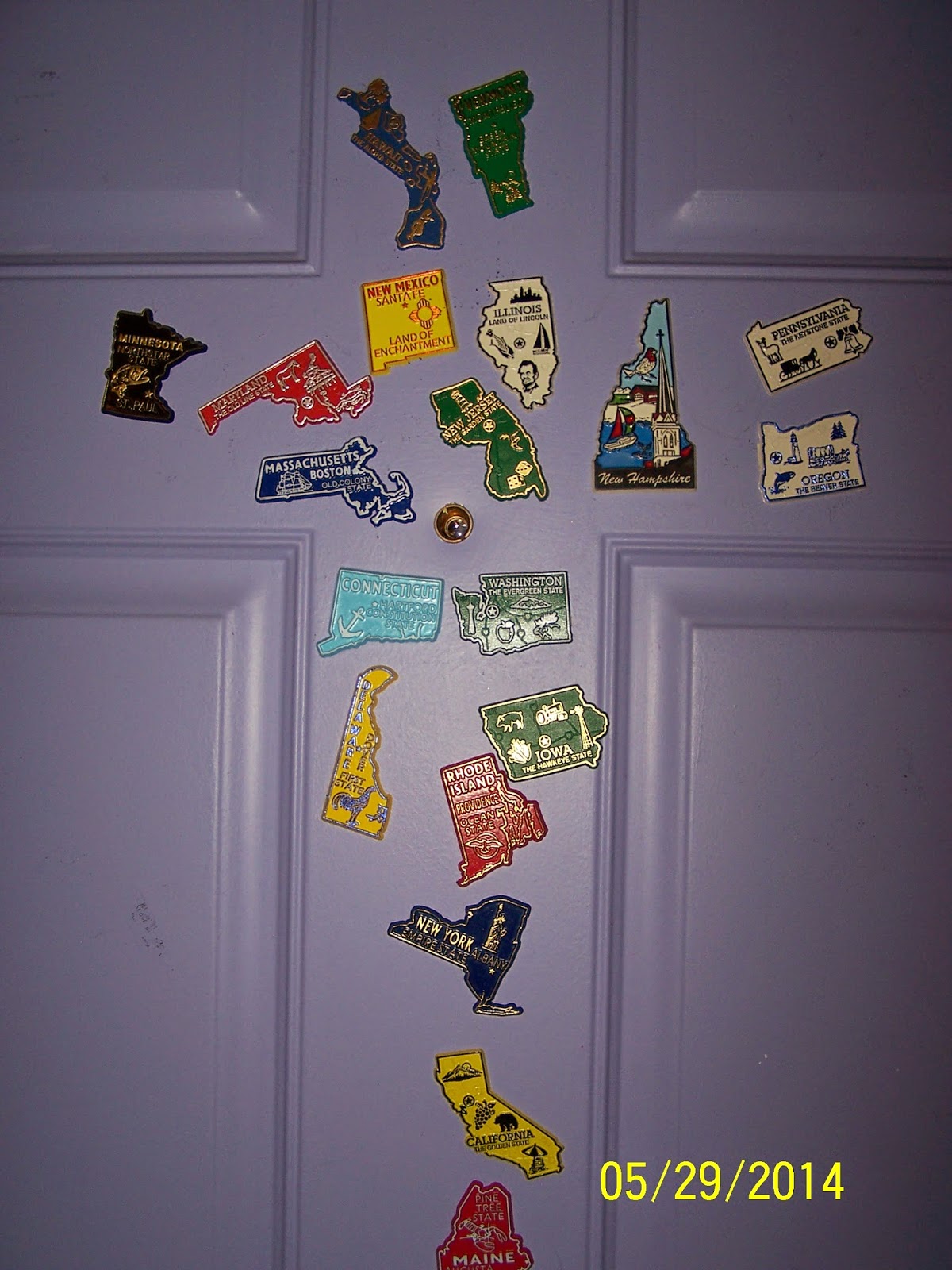 My collection of state magnets is growing.  I look at the states everyday on my way out the door.  It reminds me of all the progress we have made in the last 10 years.  I know I need to be patient, because soon Missouri will join my collection.  I just keep asking myself when? ﻿

Posted by Tempest ina Pot of Tea at 10:14 PM No comments:

As much as I lamented having to knit bobbles (http://tempestinapot.blogspot.com/search?q=bobbles), I love, LOVE, love knitting cables.  This month's building block was all about cables.  Three cables to the back and three cables to the front and voilà I have an impressive block to show you.

The center horseshoe cable was so easy, and it looks so cool.  That is what I love about knitting cables they are fun to knit, but appear so complicated.  The center horseshoe cable is really just two cables done side by side.  Amazing.  Like I said I love knitting cables.  If you think they are too hard, believe me when I tell you I learned how to knit them while half crocked.  Trust me you can do them and you will be so proud of end product.
Posted by Tempest ina Pot of Tea at 10:28 PM No comments: 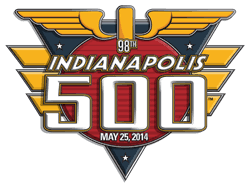 And the Proclaimers, proclaimed they would walk 500 miles to be the man walking next to you.  And to end my special 500th blog post, I give you the Proclaimers' biggest fan's singing to the tune of 500 Miles.
(If the video isn't loading, go to https://www.youtube.com/watch?feature=player_embedded&v=2c6qENWh2jQ)
Thanks for keeping up with me for 500 posts!
﻿
Posted by Tempest ina Pot of Tea at 12:42 AM 1 comment:

Natalie and I were looking at knitting books at a bookstore and she pointed out a book on shawls.  I wasn't interested because I am not a shawl knitter, but later I did sneak a few glances at the book.  Darn it, but I did like the patterns in the book and with much ribbing (knitting pun here) she bought it for me.  One of the patterns, Heath by Amy Gunderson, in particular was just right for some Noro Matsuri (a cotton/wool blend yarn) I had in my stash.

The pattern looked easy and I cast on, but encountered a problem.  There were many short row wraps, a stitch which I had not mastered yet.  I went to knit night with the hope that someone there might have a tip.  Brooke Nico, designer extraordinaire (http://tempestinapot.blogspot.com/2014/03/lovely-knitted-lace.html), showed me a quick and easy way to get those short row wraps under control.  I will never fear the short row again after this trick.  She said to put a stitch marker on the yarn and just turn and knit (or purl) back.  When it comes time to knit the wrap, you just pull the stitch lock and then knit it with the next stitch.  I love learning great knitting tricks like that, thanks Brooke. I loved how the Heath pattern turned out with the yarn I used.  All in all a knitting win.  Yay!
Posted by Tempest ina Pot of Tea at 11:34 PM No comments:

Okay, I am admitting that I have been a little obsessed with collecting cake photos.  I am at 75 cakes, with 175 more to go.  Facebook friends are probably over the cakes, but we all have things we over post on line.  This too will pass my friends.

﻿ Sometimes the cakes are easy to find and you just have to hop out and snap a shot.  Sometimes the cakes are not so easy.  Today I was looking for a cake at the Mary Meachum Freedom Crossing (http://www.visitmo.com/mary-meachum-freedom-crossing-and-rest-area.aspx).  This site is part of the Riverfront Trail for bicycle and pedestrian traffic, not cars.  I kept hoping the cake would be close to the parking area.  On course not, I had to walk about 10 minutes to the site in rubber sandals.  My planning on today was not stellar.  Natalie waited in the car for the 25 minutes it took me to get there and back.

When I finally got back to the car I was hot, sweaty, and annoyed by the walk.  I grumbled about not having on the right shoes, forgetting my hat, and the trek to the cake.  Natalie started laughing at me and said, "What were you expecting a cakewalk?"

That is my wife, riding along on one of my madcap obsessions poking fun at me the whole way.