Day 10: Drinking the Summer Away

After that night at the fair my last few weeks before going away to college followed a pattern.  I worked at my summer job during the day and in the evening I would find myself riding around with Natalie and Debbie.  They would show up with alcohol and we would go to the convenience store I worked at to get ice and cups.  Natalie drove, she was the only one of us with a car.  Debbie sat in the front passenger seat of the car, and I was in the back seat preparing and refreshing our drinks.  We would drink Boone's Farm, Riunite wine, or whatever booze we could get our underage hands on.

Once we had everything we needed we would drive around on the gravel roads which crisscrossed Crawford County.  After awhile one of them would shout out, "JAMS, JAMES!"  I would grab Natalie's tape case and pull out a random cassette and we would sing along at the top of our lungs to Prince, Joan Jett, or Cyndi Lauper..  After the bottle was empty Natalie would take us home.

The house I grew up in sat on a hill and Natalie always dropped me off at the bottom.  Drunk and hoarse I would roll out of the back seat and crawl up the hill.  The two of them would laugh at my careening trek up the driveway.  Once inside I would sneak past my family and go to my room, passing out in a drunken stupor.  I can't imagine drinking like this now, or getting in a car with someone else drinking like that and driving.  We were young and stupid and life seemed endless to us. 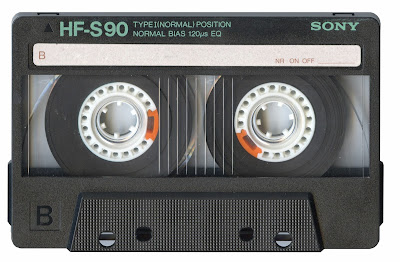 When Natalie kept showing up to my house, a part of me was happy to have someone else to spend time with.  The fact that she had a car was an added bonus.  I promised to be honest and there was one more incentive.  Natalie had been claimed by Mollie as her best friend and apparently more than I knew at the time.  By my senior year I was not a fan of Mollie and spending time with her supposed best friend gave me a vindictive thrill.  I know that is not a nice thing to admit, but I was 18 and not the person I am today.

Regardless of the reasons, spending those late summer nights with Natalie and Debbie were some of the best times I ever had in Crawford County. We would laugh and talk about our future.  Natalie and I were going to start college soon, and Debbie was looking for a full time job.  We were three young women waiting for out lives to begin.  We were just really lucky that we didn't drive off those gravel roads and kill our silly selves.